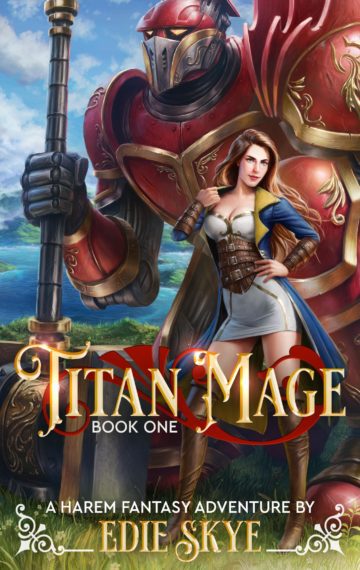 Magic powers? His own mech? A whole airship of gorgeous women desperate for his genes? Yes, please!

Paralyzed by a drunk driver, let go from his job, and stuck in a sad, stagnant town in the middle of nowhere, Joseph Locke was having the worst day of his life.

And then he died.

But considering that he wakes up with a brand new body, in the cockpit of a badass steampunk robot, on an airship of nothing but hot babes, his next life may not be all that bad. Especially when he learns that he’s a void mage—the rarest and most powerful of all mages on the world of Haven. And his shipmates want to help him make more.

As if that weren’t enough, they offer Locke a job piloting one of their mechs, which they call Titans. In the meantime, Locke has to learn his way around this exciting world, all while coming to grips with his new—and dangerous—occupation. Will he be able to master his Titan? How can he best upgrade the machine to become as badass as possible? Why’s a strange parasitic sludge falling from the sky? And what’s up with the ghost of a space witch living in his Titan—and inside his head?

WARNING: Titan Mage is a fun fantasy adventure containing steam both punk and smutty: raunchy sausage-obsessed mechanics, lusty airship captains, prurient mech pilots, and saucy language to match. (So don’t read it and then complain about the spice. Y’all know exactly what you’re getting into.)